What is a smart home?

Home appliances, such as the washing machine, lights, or the coffee maker, can be time-controlled. Devices like motion sensors, cameras, shutters, or thermostats initiate user-programmed processes. The heart of the smart home is the central control unit, with which various smart components are connected and can be controlled from the PC, smartphone, or tablet. Common wireless standards such as Wi-Fi, Bluetooth, ZigBee, or Z-Wave are used for communication or controlling devices. The central control unit has also termed a hub or gateway. 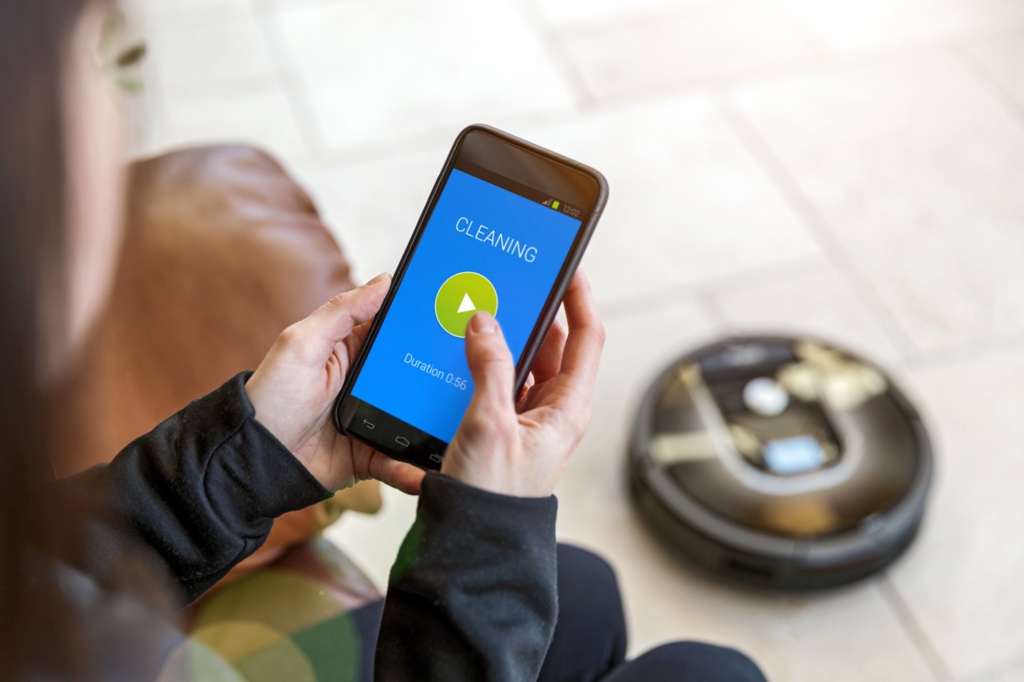 Back to the future: History of smart home

It’s human nature to find ways that make everyday life easier and more pleasant. The area of “home automation” – in effect the predecessor of the smart home – was brought to life through technological progress, in particular through the Internet and computer. Science fiction literature in the 1950s portrayed the first visions of homes that are monitored and controlled fully automatically by machines. The 1999 Disney film “Smart House” was about household computers and the consequences when smart machines take on a life of their own. And Disney proved to be unintentionally visionary in the part of the movie where the house’s intelligent control unit develops the feeling of jealousy. In reality, it will likely be a few years before machines can “generate” emotions – fortunately.

Scientists have already been working for more than 30 years on connecting home appliances and automating their use. Yet it’s only been in the past 15 years that the issue of the smart home has aroused broad public interest. The main reasons: Current challenges as a result of trends like an aging society, greater environmental awareness, and the related wish for a sustainable energy supply. Increasing digitization and new means of enhancing the convenience in our own four walls were further factors that put the smart home at the center of public interest at the turn of the millennium.

The Fraunhofer in Haus Center, which was opened in Duisburg in 2001, is a lighthouse project in German-speaking countries. The project involves exploring and testing new system solutions and products from the smart home segment in a residential environment. “The House of the Present” in Munich showcased a connected home with centrally controlled electronic processes from 2005 to 2011. The first T-Com House from Deutsche Telekom in Berlin was opened to interested visitors in 2005. The focus of this model project was on connecting various home appliances and controlling them by means of different input devices. 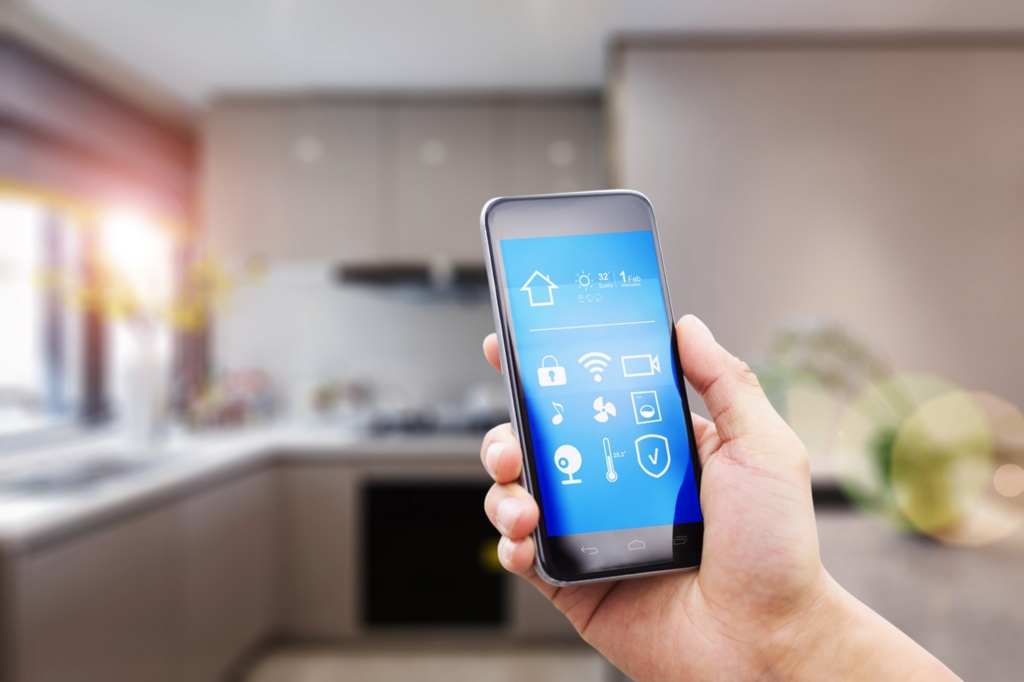 For decades now, a wide range of different home appliances have helped make everyday life more pleasant, speed up processes, and hence save time and work. So what additional benefits does the smart home deliver? Without the smart home, the impetus for a machine’s every action has to come from humans, who start processes manually and activate each device individually at the right time. The smart home relieves them of this work by enabling components to communicate with each other. Devices start, control, and monitor specific processes in the home on their own, depending on the scenario and on the basis of how they are programmed. Interoperability is the magic word. If devices are interoperable, they can communicate with each other. Only then does the alarm system activate itself when the shutters are being closed. Only then does the heating switch itself off when the window is opened. If there is no interoperability between the elements, the home is simply not smart.

Apart from enhanced convenience, better energy efficiency and greater security are other key aspects. If a smart home thermostat communicates with the window contact via WiFi, it detects a window being opened and thus regulates the temperature. Such a thermostat switches the heating off as soon as it receives information that no one is at home anymore from the sensors of other devices. Smart LED lights automatically emit different tones of color depending on the time of day and room. If the outdoor camera on the patio is activated as a result of movements on the property, it also puts the indoor camera on alert, since there might be the threat of a burglary. In homes with elderly inhabitants, a pressure-sensitive mat could notify relatives whether someone has got out of their bed as usual in the morning. 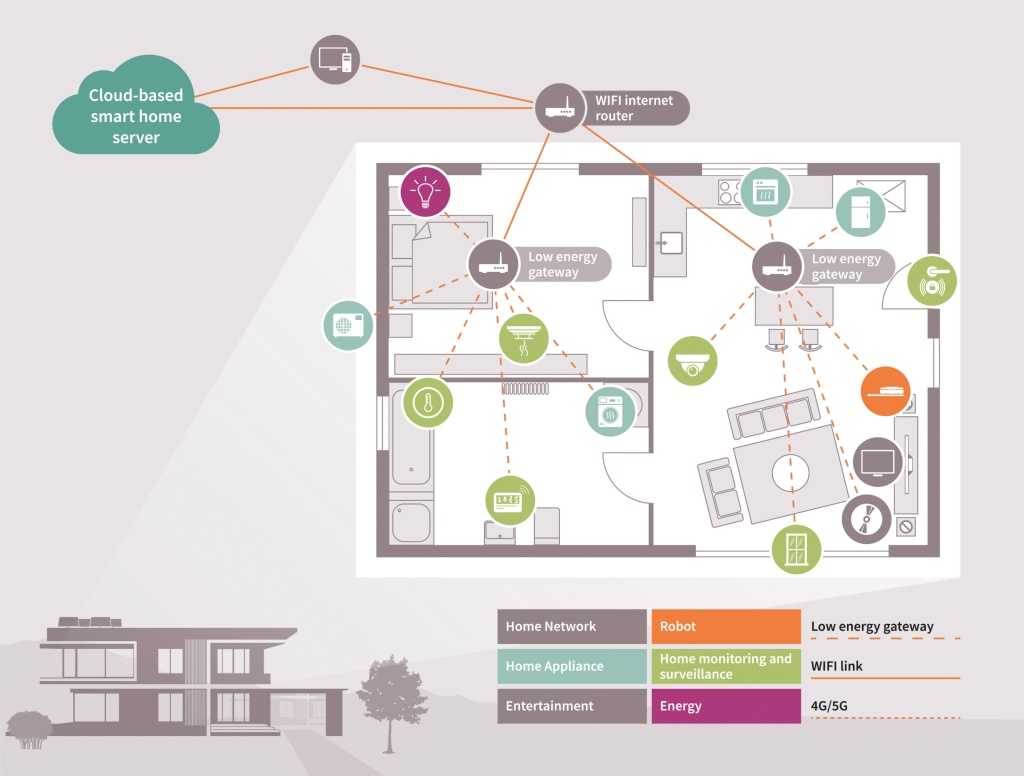 How is a home transformed into a smart home? The required components can be installed and configured without any technical know-how. The following aspects should be taken into account in planning: 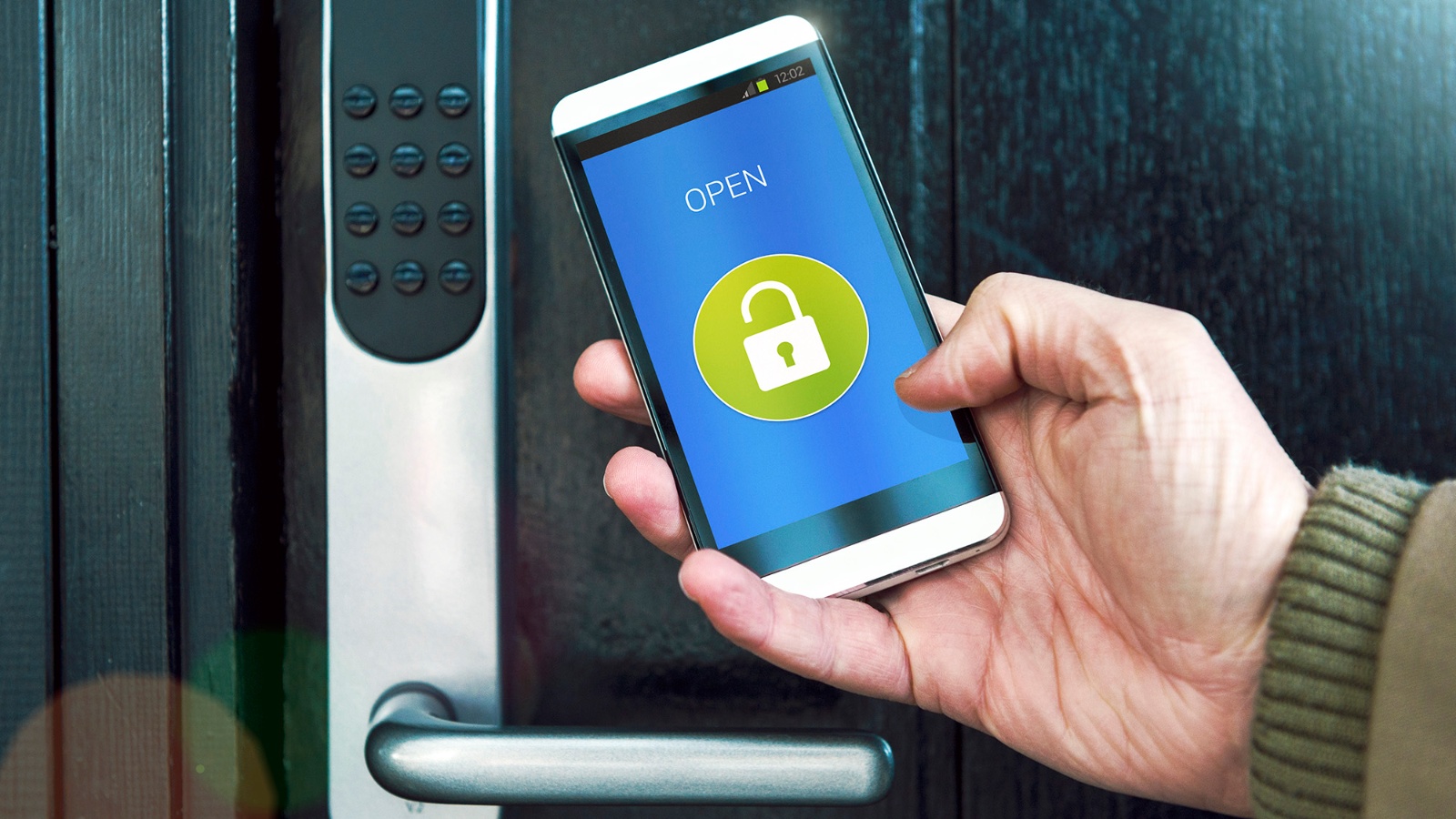 My smart home is my castle – security and data protection

While many technologies deliver benefits, they also entail risks that users should be aware of and minimize. In the case of the smart home, connecting devices and communication by them via wireless connections such as WiFi harbor certain risks. First, personal data may be able to be misused (camera recordings, photos, etc.). Second, there is the risk of cybercriminals manipulating individual smart home components. As part of the latest Cyber Security Insights Report by the U.S. software company Symantec, more than 20,000 smart home users worldwide were surveyed, including 1,000 from Germany. The results show how people sometimes make it easy for online criminals to access data and devices:

Yet those surveyed are aware of how important it is to protect personal data on the Internet, which also includes protecting the personal data of others. For instance, outside cameras should only film the owner’s property. There are models that allow the user to define the areas that are filmed. Although part of the neighboring property is captured on camera, these areas are grayed out or pixelated. In exceptional cases, public authorities are even allowed to use smart home user data for prosecuting crimes. However, given the current legal position, that’s only imaginable in the case of serious crimes, such as homicide. If the smart home is a rented apartment, access to the data of the window contacts and heating may be conceivable in order to examine whether the tenant has caused mold to grow through incorrect ventilation or there is a building defect. 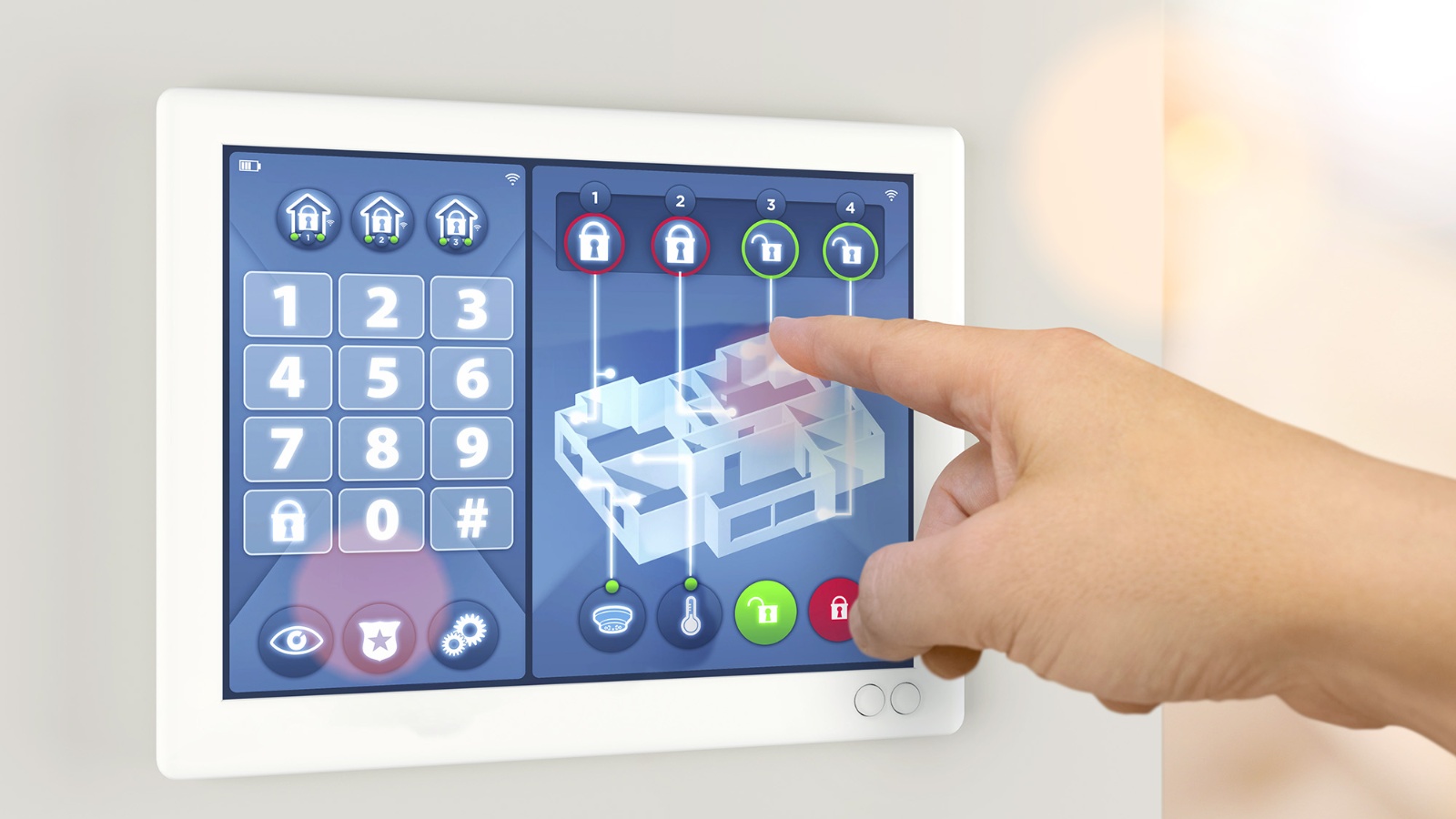 The German smart home market will triple in volume to €4.3 billion by 2022, according to the study “The German Smart Home Market 2017-2022. Facts and Figures.” The annual growth rate in the coming five years will thus average 26.4 percent. By comparison: Traditional industries, such as mechanical engineering, have an average maximum growth rate of six percent per annum. The rapid pace of technological progress means many innovative smart home elements will be used in just a few years’ time. IKEA is working on a smart table that detects food with a camera and suggests recipes based on the ingredients. That reduces waste and enables existing food to be used better. In the future, smart mirrors will analyze our skin and recommend care products on that basis.

The popular vision in pop culture of the traditional robot as a home help will become reality in the coming years. The robot does the washing, serves food and drinks, and also provides the inhabitants with useful information on the side. We can follow the baking or cooking process live in the smart oven of the future thanks to a built-in camera. The toilet of the year 2030 will provide users with information on the state of their health and can even conduct pregnancy tests.

The next big evolutionary advance to cater to people’s needs for ecological sustainability and a better quality of life is the concept of the smart city: Residents will commute to the office in autonomous electric cars or on connected e-bikes. Parcels will be delivered by drones. People will travel at high speed, without emitting pollutants, in the hyperloop, a sort of gigantic vacuum tube system in which passengers or goods are conveyed in an airless tube by means of magnetic levitation technology. According to the tech visionary and Tesla CEO Elon Musk, the 570 km trip from San Francisco to Los Angeles will then take just 35 minutes. That means more time for old-fashioned things: a pleasant talk with the passenger, a recuperative midday nap on the way to the next meeting, or a good book made of real paper.

Prefer speaking with a human to filling out a form? call corporate office and we will connect you with a team member who can help.
+20 155 981 2121 Our mission is to help bring all technology Solutions from A-to-Z.